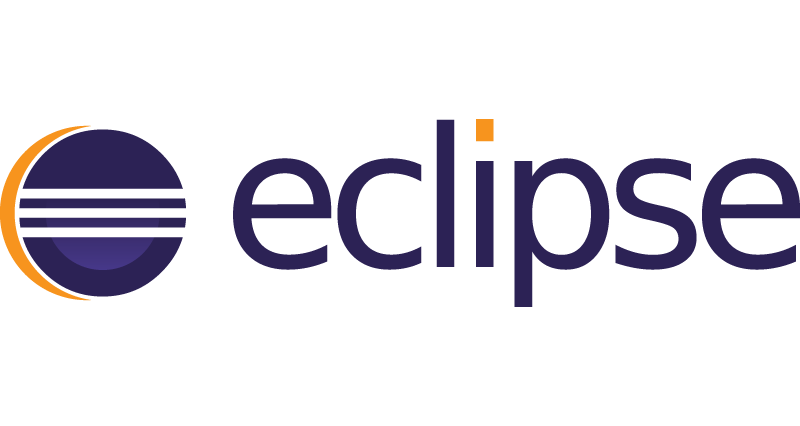 The following was my answer to this question “Recommended Eclipse plugins to generate UML from Java code” over stackoverflow the question was closed (opinion based) then deleted.

So here is it:

Updates are in bold, and pictures have changes, if you found any problems viewing the pictures let me know, I changed them to another host (google), photobucket was too much ads and awful control panel view for me.

Disclaimer I’m not an expert in Papyrus nor Modisco, I collected this tutorial from an old page in papyrus as far as I remember, then started adding to it by using the tool, so I advice you to read the manuals and come up with a better understanding.

IMHO I find papyrus and modisco are of high level than the question actually needed, and I think in 2014 there are simpler tools available (haven’t got the time to check yet)S

EDIT: If you’re a designer then Papyrus is your best choice it’s very advanced and full of features, but if you just want to sketch out some uml diagrams and easy installation then ObjectAid is pretty cool and it doesn’t require any plugins I just installed it over Eclipse-Java EE and works great !.

My original post was in June 2012 alot of things have changed many tools has grown and others didn’t. Since I’m going back to do some modeling and also getting some replies to the post I decided to install papyrus again, and will investigate other possible uml modeling solutions again. Uml generation (with synchronization feature) is really important not to software designer but to the average developer. I wish papyrus had straightforward way to Reverse Engineer classes into UML class diagram and It would be super cool if that reverse engineering had a synchronization feature, but unfortunately papyrus project is full of features and I think developers there have already much at hand since also many actions you do over papyrus might not give you any response and just nothing happens but that’s out of this question scope anyway. 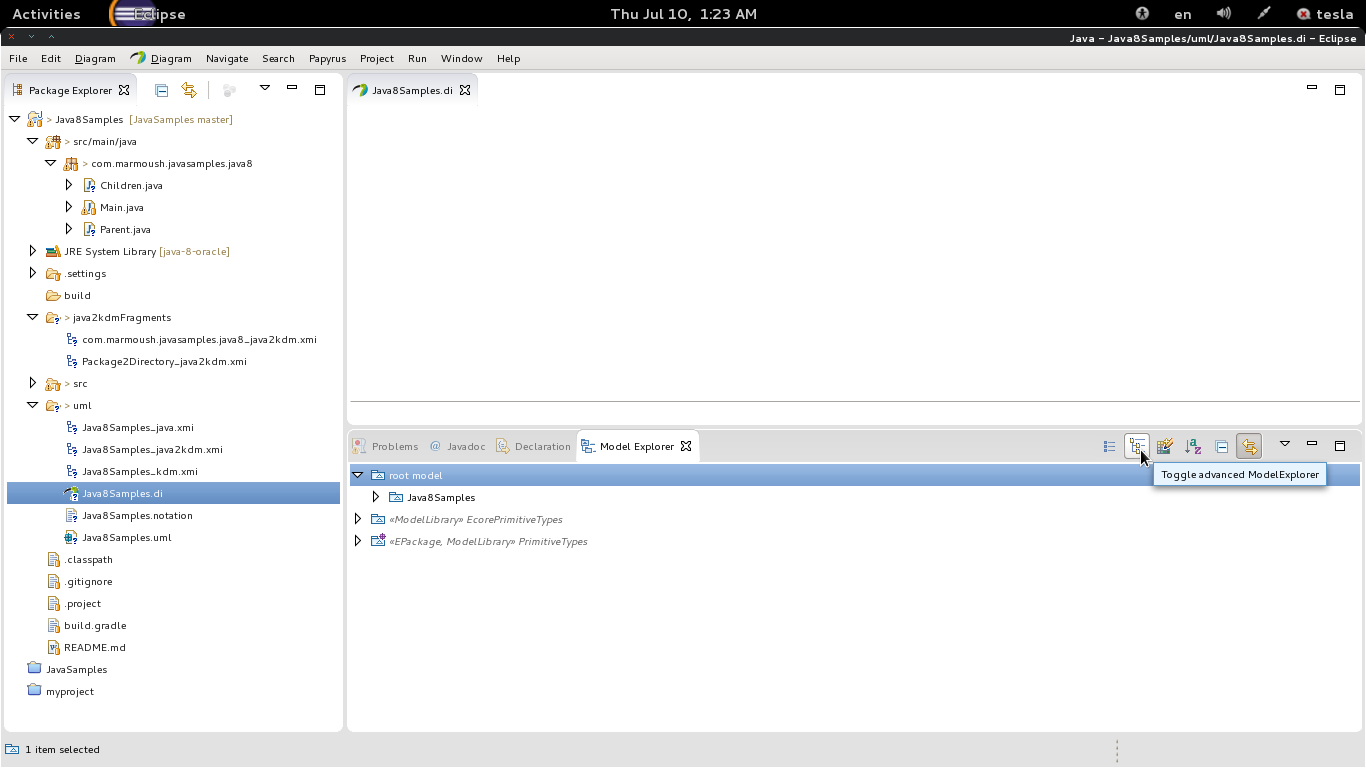 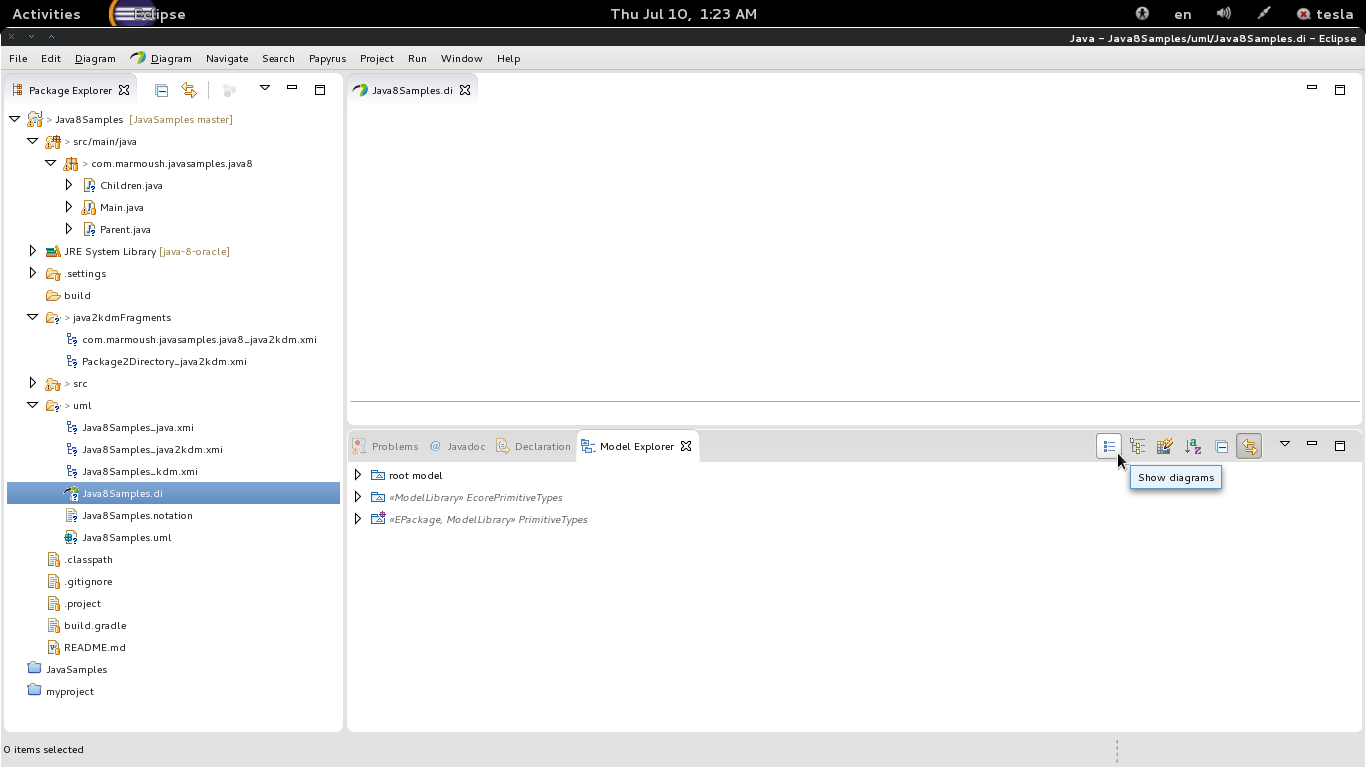 That’s all, And don’t buy commercial products unless you really need it, papyrus is actually great and sophisticated instead donate or something.

Disclaimer: I’ve no relation to the papyrus people in fact i didn’t like papyrus at first until I did lots of research and experienced it with some patience. And will get back to this post again when I try other free tools.