Why I stopped using Getters and Setters in Java 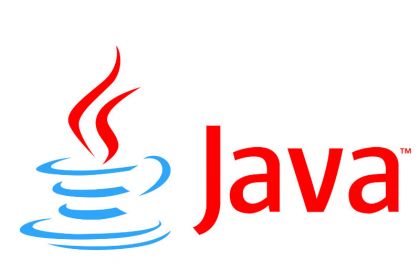 This decision was pragmatic, many were skeptical and others said it’s a bold proposal, in my defense it came as a series of logical deductions (or so it seemed to me).

And I’m only posting this because I still have some doubts and I want it to be challenged.

I don’t like annotations, to me they’re magic and I don’t like magic in programming, and same goes for Scala Implicits.

In short, I like to see my application flow from a simple main function to the end, with everything clear, nothing happening underneath.

I still have some doubts though, and I want the approach to be challenged, and result to either a sound counter argument or it prevails.

With that background in mind, I never liked using Lombok or other tools to shorten my code, but then I was left with nonsense functions.

With the functional programming era, reactive systems too, and Scala influence, as soon as I started using pure functions and immutable classes

The class is now super short, easy to read and use.

Well, as the previous train of thoughts might have made it clear the variables are immutable already.

“What if you wanted for example to return a copy of it ?”

Well, first doesn’t this make an overhead calculation, and why not use an immutable collection already?

Plus returning a mutable copy is by itself not the best thing, since it will be used outside over and over, and its reference by itself is dangerous.

Another sub-argument is “When using the getter methods you can refactor what is returned without changing the method signature.”

Well, actually if you wanted to do so, you can do it while initializing the variable in the constructor.

Not to mention that breaking your expected values contract isn’t the best thing to do accompanied by hiding such change in your code commits, maybe it’s a good idea if you changed it that code would break in many other places and you’d see where it’s used, plus code reviewers will do so too.

Because when you inherit a class you’d have to define the super constructor and therefore all the previous instance variables are going to be initialized in your child class. And of course, when you override a method you can do whatever you want.

I hit this when I was writing code when I wanted to define an interface that returns a data field e.g getName()

But then I thought why the hell would I need to define a getName() in an interface? it’s a design smell, this doesn’t say anything about my class semantic if it implements such an interface. Have a look at the following Stackoverflow answer

While I doubt a class would have that amount of needed values, it’s still definitely a valid argument.

But we can use builders then, right?

Or you could even use my upgrade on top of it which allows you to have default values and null checking using Vavr Option, here’s how it looks like:

If you liked the approach please let me know, if not, constructive feedback is always welcome.